WTI Crude oil steadied near $77 per barrel on Thursday after rallying nearly 9% in the past three sessions, as investors took stock of conflicting market factors.

The International Energy Agency said that oil prices could rally next year as China recovers from the Covid-induced demand downturn and as the latest Western sanctions squeeze Russian supply.

Meanwhile, OPEC and Goldman Sachs warned that global energy demand could weaken next year, with the former reducing estimates for the amount of crude that it will need to pump in the coming months due to macroeconomic headwinds.

Elsewhere, the US Federal Reserve slowed the pace of its historic tightening campaign, raising interest rates by a more moderate half percentage point this week, but signaled that the fed funds rate could peak higher than anticipated next year. 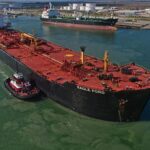 Next Article Gold Prices Internationally And Domestically In Pakistan on DEC 15, 2022

Overview and Highlights on Soybean Sunflower and Palm oil Market 2022

Overview of the Ukrainian sunflower market Before the conflict, Ukraine ranked first in the production and processing of sunflower seeds ( November 21). The closing of the […]

Soybean Oil Have Spillover Effect While Price Of CPO Maintaining Projections Of Riggint 3,000 – 4,300 per Tonne for 2022 – 24 ;HLIB Research

KUALA LUMPUR: The bearish near-term soybean price sentiment is likely to cause a knee-jerk negative impact on crude palm oil (CPO) price given the tight […]

WTI”: Crude oil traded around $85 per barrel on Monday, remaining sideways for the past three sessions as investors weighed the prospect of tighter supply […]