A total of 11 ships were engaged at PQA berths during the last 24 hours, out of them 04 ships, MSC Iris, Lisa, Elpida GR and Al-Areesh left the Port on Tuesday morning, while 02 more ships, MSC Madhu B and Al-Maha are expected to sail on today in the afternoon.

There are 19 ships at Outer Anchorage of Port Qasim, out of them, 02 ships, Nordtigris and GSL Ningbo & another ship ‘Maersk Columbus’ carrying Steel coil and Containers are expected to take berths at MW-2 and QICT here on Tuesday. 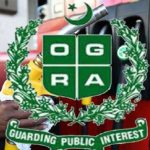 Today Gold Prices Internationally And Domestically In Pakistan On Jan 9 ,2023

Gold Prices rose to around $1,880 an ounce on Monday, reaching its strongest levels in eight months amid a general dollar weakness, as a slowdown in […]