ISLAMABAD: The Economic Coordination Committee (ECC) of the cabinet on Monday approved a Rs531 billion prime minister’s agriculture package, with little impact on the budget, but deferred a decision on providing subsidised electricity to tube-wells due to its nearly Rs180 billion subsidy impact.

Finance Minister Ishaq Dar chaired the ECC meeting, which approved the PM’s package with at least two amendments, to avoid possible objections by the International Monetary Fund, and deferred a decision on allotting Rs47.4 billion supplementary grant to the Election Commission of Pakistan (ECP) for holding next general elections. The ECP has withdrawn the summary for now.

The ECC blocked a move by the Food Ministry to slap 20% regulatory duty on the import of cooking oil for providing relief to the local growers. Had the ECC approved the decision, it would have put Rs375 billion additional burden on the households amid an already 70% increase in cooking oil prices.

The meeting proceedings exposed that Prime Minister Shehbaz had launched the agriculture package without proper homework done by the concerned ministries.

In case of the base tariff, after adjusting taxes and monthly fuel cost, the end-consumer tube-well per unit cost will be Rs21 and that will still require around Rs36 billion in subsidy. However, the fixed Rs13 per unit cost will need around Rs170 billion to Rs180 billion in annual subsidies, according to Power Division’s officials.

The ECC deferred the tube-well subsidy component until the figures are reconciled and there is clarity on the original decision taken by the PM. The government is already providing subsidies on the agriculture tube-wells.

The Ministry of National Food Security and Research had presented a summary for the approval of the Rs577 billion agriculture package, which Prime Minister Shehbaz had announced on October 31st.

The PM had announced the Rs1.8 trillion package but the summary showed the amount at Rs577 billion, excluding the Rs1.4 trillion agriculture loans that the banks were already disbursing to the farmers. The government has increased the target of the banks to Rs1.82 trillion, which does not have any bearing on the budget.

The ECC approved to waive the interest on loans of those farmers who got affected by the floods, which will cost the federal and provincial governments Rs10.6 billion. But the impact on the federal budget will be Rs5.3 billion.

Similarly, ECC approved Rs8.2 billion subsidy for interest-free loans for subsistence of the farmers in the flood affected areas. A sum of Rs6.4 billion was approved for subsidy on PM’s Youth Business Loans.

It also approved Rs2,500 per bag reduction in urea prices that will have an impact of Rs57.5 billion but it will be borne by the urea producers.

For the provision of targeted wheat seed subsidy in the flood affected areas Rs13.2 billion were approved by the ECC, out of which Rs7.6 billion will be borne by the federal government and rest by the provinces.

The ECC approved to allow import of five-year old tractors and reduced the duties by 1% per month of the age, resulting in an estimated Rs2 billion subsidy. It has been approved to increase acre’s unit price for agriculture loan purposes to Rs10,000 –up from Rs4,000 that will not have an impact on the budget.

But the total impact of the package on the budget is not more than Rs60 billion, including Rs26 billion related to the floods and to be borne by the federal government. Total floods related relief is Rs37 billion but Rs11 billion cost is expected to be borne by the provinces.

The ECC “approved the package as proposed in the Summary. Inter-alia the package includes enhancement of agriculture loan disbursement from 1.419 trillion to 1.802 trillion, reduction in DAP price to Rs11,250 per bag from Rs13,750 and Interest free loans to convert 3 lac tube wells to solar”, according to the Ministry of Finance statement.

The ECC approved to further increase the premium on high speed diesel to $16.75 per barrel – jacking up the earlier figure of $15 approved 10 days ago.

Earlier this month, the ECC had fixed the premium on HSD for the oil marketing companies at $15 per BBL, which the companies have refused to accept. The oil industry instead expressed serious concerns regarding procurement of HSD, as the product molecule is either not available in the Gulf market (due to increased demand of the product in the Western and European markets) or higher premiums are being charged in view of country specific risk factors in relation to supplies to Pakistan.

The Petroleum stated that “current level of premiums offered to some of the OMCs are around $ 22 per barrel, which are expected to increase even further, as the winter season demand is growing. The HSD stock is depleting day by day and as of 8th November 2022, stocks in the country can cover demand for 15 days only, according to the Energy Ministry.

The ECC did not approve a proposal by the food ministry to slap 20% regulatory duty on edible oils. The ministry had proposed that if the government levies regulatory duties, a revenue of Rs375 billion annually will be generated.

It wanted that regulatory duty may be levied on imported edible oils and oilseeds to ensure minimum intervention price of Rs7000 per 40 kg for local oilseeds. The 45th meeting of the Tariff Policy Board (TPB) had opposed to slap the regulatory duty due to its impact on local prices and consequent food inflation in the country.

The net impact of the PM programme on the budget will be Rs1.3 billion in the remainder period of this fiscal year.

The ECC also approved the summary on standardized security package agreements for large-scale solar PV projects for substitution of expensive imported fossil fuels based power generation under the framework and approved the summary except special payment mechanism and quarterly indexation as was proposed in the Summary.

The ECC approved to transfer the 259 acres of land of the Heavy Electrical Complex and State Engineering Corporation to the Strategic Plan Division for expansion of the Heavy Mechanical Complex of the Pakistan army. “The ECC after deliberation approved that the lands under consideration may be transferred from State Engineering Corporation and HEC to HMC and HMC-3 respectively along-with liabilities and subject payment of requisites dues”, according to the Finance Ministry. 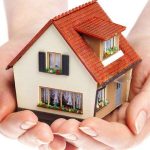