ISLAMABAD: The Economic Coordination Committee (ECC) of the Cabinet has decided that tariff of new solar power plants will be indexed annually rather than on a quarterly basis on rate variation of USD/ PKR,

Power Division, sources said, has informed the ECC that for promotion and development of indigenous renewable energy resources in the country on least cost principle and in realization of the need to reduce the impact of prevailing high prices of imported fossil fuels in the international markets resulting in high electricity tariff and drain of precious foreign exchange, the Federal Cabinet (GoP) in its meeting held on October 18, 2022 had approved the Frameworks Guidelines for, inter alia, substitution of expensive imported fossil fuels with solar power PV Energy Initiative.

It was added that under the proposed initiative, GoP plans to develop large-scale solar PV projects for substitution of existing imported fossil fuel based thermal power plants within their technical and contractual limits through private sector on Built Own Operate (BOO) and transfer basis.

It was informed that for development of solar PV projects, it was imperative that standard concession agreements comprising of an Implementation Agreement (IA) and Energy Purchase Agreement (EPA) are prepared in advance to avoid protracted negotiations with prospective investors.

It was further informed that after consultations, AEDB prepared IA and CPPA-G prepared EPA, referred to as “Security Package Documents”, which was to provide legal, and contractual framework for design, insurance, financing, engineering, procurement, construction, commissioning, operation, maintenance and transfer of the power projects.

Standard Security Package Documents caters to all possible rights and obligations of the parties thereto, due to nature of transactions including but not limited to tariff structure to be approved by NEPRA, certain project specific amendments would still be inevitable during finalization of such agreements with the project companies.

Power Division submitted following proposals for consideration and approval of the ECC:

(ii) Boards of AEDB and CPPA-G may be authorized to approve any amendments in the IA and EPA as the case may be, that are project specific and may be required to comply with Nepra’s Tariff Approval and/or Generation Licence for specific projects, subject to the condition that such amendments will not increase GOP obligations as contemplated and stipulated in the standard Security Package Documents.

After detailed discussion, the ECC of the Cabinet considered the summary submitted by Power Division regarding “Standardized Security Package Agreements for Solar PV Projects for substitution of expensive imported fossil fuels with Solar Energy” and approved the following:

(ii) tariff will be indexed annually rather than on quarterly basis on rate variation (USD/PKR). 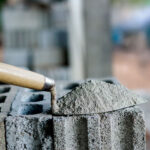 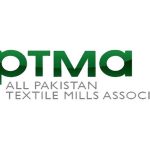 Next Article APTMA Upraise alaram over textile sector shutting down

Gold  Prices rose toward $1,780 an ounce on Thursday, hitting its strongest levels in two weeks amid a weaker dollar, as US Federal Reserve Chair […]