The warrants were issued by an ECP’s four-member bench headed by member Nisar Durrani hearing the case.

The development came after the electoral body received a nod from the Supreme Court of Pakistan last week to continue its proceedings against the former prime minister and his party leaders, Asad Umar and Fawad Chaudhry, in contempt cases.

In August and September last year, the ECP had issued contempt notices to Imran Khan Asad Umar, Fawad Chaudhry, Mian Shabbir Ismail, and Danial Khalid Khokhar for allegedly using “intemperate” language against the Chief Election Commissioner and ECP. The body had asked them to appear in person or through their counsels before the commission to explain their position.

During the hearing today, the ECP rejected the pleas of PTI leaders seeking an exemption from appearing before the commission and issued arrest warrants for them against surety bonds worth Rs50,000 each.

Moreover, the member of the commission said that he had not yet responded to the show cause, directing him to submit the application for an exemption from attendance.

Asad Umar’s lawyer Anwar Mansoor said that the PTI secretary general was to attend the hearing but he could not make it to the federal capital. He contended, “We have applied against the show cause notice, all the three cases are of the same nature. The hearing will be held together and I will give a mandatory reply to the show cause on the next date.”

On the occasion, the ECP DG law had said that he had written in the show cause notice that it had been issued from the Election Commission.

The ECP bench said that warrants were being issued for the appearance of the parties. To this, lawyer Ali Bukhari said that if a warrant was issued, then their application would not be heard.

Senior lawyer Anwar Mansoor argued that instead of the warrant, ECP should make it the final appearance.

The bench, subsequently, adjourned the hearing till January 17. 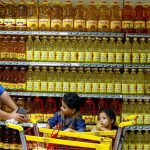 ISLAMABAD: The Federal Board of Revenue (FBR) has directed 81 unregistered retailers (Tier-1) to integrate them with the FBR’s Point of Sale (POS) system by […]

ISLAMABAD: Following the successful dissolution of the Punjab Assembly last week, the Pakistan Tehreek-e-Insaf (PTI) has announced that it would dissolve the Khyber Pakhtunkhwa […]

Marred with a gigantic inflation rate, large fiscal and current account deficits, and the low level of foreign exchange reserves, the World Bank has projected […]