A serious drop in the harvest of the most important agricultural crop – rapeseed – in the UK and Europe was caused by the new EU climate change policy.

EU policy initially rewarded large-scale planting of oilseed rape, the most important vegetable oil crop after soybean. But subsequent pesticide laws have ended up causing very large crop losses on the continent in recent years. This collapse of oilseed rape cultivation in the UK and Europe has led to a dependence on imported oils, including palm oil.

These findings are part of a report by Dr. Patricia Ortega-Ramos of Rothamsted Research and presented at a meeting of the British Plant Protection Council. Speaking ahead of the meeting, Ortega-Ramos said a series of EU policy decisions had, in fact, “created a major crop pest.”

“Oilseed rape cultivation areas are now in sharp decline, with huge financial implications for farmers and serious environmental consequences for all of us,” Ortega-Ramos said, adding that she believes it is critical “that smarter pest management be included in the new policy of the EU and the UK”.

Recall that oilseed rapeseed is the second largest source of vegetable oil in the world and the most important raw material for the production of biofuels in the European Union.

However, researchers from Rothamsted Research say in the report that the huge increase in the area of ​​oilseed rape grown in Europe has reduced both the variety of other crops grown and the size of the natural habitat on farms. This has led to a sharp increase in the population of the white flea beetle and another pest, the pollen beetle, which feed on the plant.

This was reported on January 26 by the online publication FarmingUK. 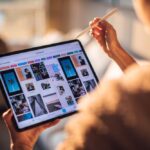 Crude Oil Prices Rose Above 81 $ , As Demand Recover From China

WTI crude oil prices rose to around $81 per barrel on Wednesday, closing in on its highest level since early December, as hopes for a […]