Agritech Limited, a producer of fertilisers in Pakistan, can no longer produce urea amid suspension of Re-Gasified Liquefied Natural Gas (RLNG), the company said on Wednesday in a notice sent to the Pakistan Stock Exchange (PSX). 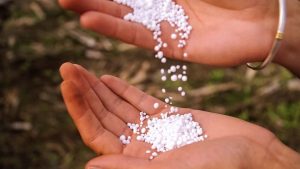 The development comes as a number of companies from different sectors have either shut or limited their operations, citing import restrictions, energy shortages and low demand.

“Sui Northern Gas Pipelines Limited (SNGPL) has informed the company vide its letter No: BD/938 (LNG) dated January 3, 2023 that RLNG supply at the company’s Urea Plant will be suspended from 0000 hrs of January 4, 2023 and will continue until further instructions,” read the Agritech Limited notice.

“SNGPL has stated that the suspension of RLNG supplies is in accordance with the Cabinet’s Economic Coordination Committee (ECC) decision made on January 3, 2023.

“As a result, the company will be unable to produce Urea during this time period and plans to resume plant operations as soon as RLNG supply is restored by SNGPL.”

The Ministry of Industry and Production submitted a summary on diversion of RLNG to urea fertiliser plants up to 31st January 2023. However, the ECC on Tuesday after deliberation decided to reject the proposal and decided that the RLNG supply to these plants would be discontinued with effect from midnight of January 3.

Agritech was incorporated in Pakistan on 15 December 1959 as an unlisted Public Limited Company under. The principal business of the company is the production and sale of urea and granulated single super phosphate fertilizer.

As per Agritech, its plant is located about 50 kilometres North of Mianwali city. A major portion of production is sold in a 150~200 kilometres radius and claims to be the closest plant to fertiliser-consuming areas of Khyber Pakhtunkhwa.

Other companies and sectors have also been impacted. On Tuesday, Crescent Fibres Limited, a manufacturer of yarn, decided to curtail production by up to 50% on a temporary basis, amid the global economic situation and outlook.

Next Article Crude oil prices trade near 74 $ Per Barrel

Pakistan Govt Fixed Prices Of Urea At Rs 1768 Per 50kg

ISLAMABAD: The Ministry of Industries and Production (MoIP) has fixed maximum retail price of Urea at Rs 1768 per 50kg, aimed to provide maximum relief […]