Fish waste can be used for biodiesel, claim engineers in Pakistan

Karachi: NED university’s ambitious engineers claimed to produce bio-diesel from fish waste. They believe it might help to reduce air and marine pollution. It will also help save foreign exchange expenditures spent on expensive diesel imports.

As we know, plant components help to produce biodiesel. But the students decided to employ fish waste and entrails for the first time because they are abundantly available in Pakistan. Pakistan consumes one million tons of fish and seafood annually. It helps to generate 350,000 tons of waste,” said Absar Ahmed. The waste is dumped into the sea, which pollutes the sea.

He added that we can easily produce 150,000 tons of oil or 100,000 tons of bio-diesel by using 350,000 tons of fish waste. The process will not only help in protecting the environment but also reduce the amount of foreign currency exchange to import diesel and crude oil. Dr. Mehmood Ali stated that the plant could easily convert 10 litres of oil into biodiesel within three hours. However, we manufacture the machine within two months at Rs 100,000. 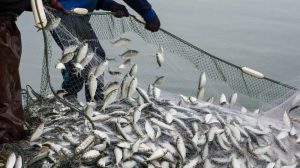 Furthermore, Dr. Ali said that the biodiesel made from fish waste is almost 12-13% cheaper than the diesel refined by the refineries. The biodiesel from fish waste has an equal calorific value to regular diesel. According to the Statistics, Pakistan imported diesel for a total of $17.3 billion last year. We can reduce diesel imports by 100,000 tons, saving $1.73 billion. It is possible only if Pakistan uses 350,000 tons of fish waste to create 100,000 tons of biodiesel. Dr. Ali added that we would provide designs and technical support to the interested investors.

Moreover, the glycerine formed during the process can also be used for industrial purposes. One litre of oil will cost between Rs. 180 and Rs. 190 to convert into biodiesel at a plant with a 10-litre capacity. If the private sector builds a large plant with more power, will automatically help in reducing the cost, which would also lower the cost of producing biodiesel. 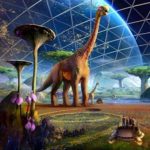