KARACHI: Furniture makers have urged the government to change their industry’s category to a fixed tax regime instead of the current Tier-I category to fully utilise its export potential. Pakistan Furniture Association (PFA) Senior Vice Chairman, Rana Waheed Murad, while referring to a meeting held on June 22, 2002, with then finance minister Miftah Ismail and FBR Chairman, stated that it had been “principally agreed that the furniture retailers would be brought into a fixed tax regime but unfortunately this has not yet happened.”

“The agreement that was reached stands unimplemented to date and a fixed tax rate will allow us to tap into the potential of furniture exports,” he said. The Pakistan Businesses Forum (PBF) Vice President, Jahanara Wattoo said, “Unfortunately, the furniture sector in Pakistan has been neglected entirely. It needs the attention of the provincial governments, and focused efforts to train woodworkers along modern lines.” Arif Habib Commodities CEO, Ahsan Mehanti agreed that tax relief could unlock huge export potential for the furniture industry.

“This is important for the stability of the rupee and for addressing the current account deficit (CAD) crisis. To reach its due potential, a fixed tax regime should be implemented and the grievances of the sector be addressed in a timely manner,” he further added. “There is an urgent need to explore the international market to expand our exports as there is a lot of potential in Pakistani products. An aggressive marketing strategy with support from the Trade Development Authority of Pakistan (TDAP) could double the value of our exports in a short span of time,” claimed Wattoo.

The PBF VP also pointed out the opportunity exhibitions provide to young designers and architects. “They can assess market trends and display their work alongside established professionals in the field. The domestic exhibition is a step towards initiating international trade fairs and paves the way for Pakistan to promote its furniture industry. We are blessed with abundant resources and enormous talent that can help develop the industry along modern lines,” she added. The senior vice chairman of the PFA, who led a delegation to Karachi Chamber of Commerce and Industry (KCCI), appreciated the “anomaly committee formed by the government after this year’s federal budget announcement”.

“This effectively advocated PFA’s valid demand and also succeeded in convincing policymakers to provide relief. But delay in its implementation has caused a lot of problems for businessmen associated with the furniture sector, who were being harassed by Federal Board of Revenue (FBR) officials with unwarranted notices.” The KCCI President, Tariq Yousuf requested the government to fulfil its commitment made to businessmen from the furniture sector. “The furniture industry has a lot of scope with a high demand in the global markets,” noted Union of Small and Medium Enterprises (UNISAME) President, Zulfikar Thaver.

“We suggest the matter be resolved by fixing a limit for manufacturers of different categories as the government is not inclined to give the benefit of fixed tax to big manufacturers. The facility of a fixed tax bracket is for the small whereas the big manufacturers are required to pay tax as per their larger turnover,” he added. “Big and small manufacturers need to be distinguished as per their turnover and small manufacturers surely deserve to be relieved,” claimed Thaver. The PFA senior vice chairman also drew the government’s attention towards another serious issue; imported wood consignments were now being required to seek clearance or a certification from the Department of Plant Protection (DPP).

Murad was of the opinion that the “furniture industry has the potential to grow and boost exports to $1 billion, but placing the furniture retailers in Tier-1 category for sales tax collection has created a lot of difficulties for this sector.” “We are capable of competing with Turkey, Vietnam and China but will not be able to do so if our issues remain unresolved. Furniture retailers must be brought under a fixed tax regime. It will help increase the country’s tax revenue and reduce problems being faced by the said retailers, 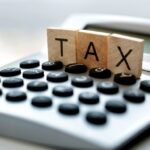 The Producer Prices Of Malaysia Surge 9.7 % Year On Year

Malaysia:Producer prices in Malaysia rose by 9.7 percent yoy in February of 2022, compared to a 9.2 percent gain a month earlier which was the […]