The Ambassador of Germany in Islamabad Mr. Alfred Grannas on Thursday said that Germany and Pakistan had been enjoying warm and cordial trade and diplomatic ties for over seven decades.

While addressing the local business community at the Sialkot Chamber of Commerce and Industry (SCCI), Mr. Alfred Grannas said despite healthy relations there was enough room to further promote the bilateral trade ties.

Mr. Alfred Grannas said that Germany was planning to open an ‘official chamber of commerce and industry’ in Pakistan which would be of great help in bringing close the business communities of both the countries and while bridging the gaps would certainly play a vital part in the enhancement of bilateral trade.

He assured the local business community that he would try his best to minimize the various issues related to the issuance of visa to the local businessmen. He said that presently construction work was going on in the German Embassy in Islamabad and there was a shortage of staff.

Earlier, the president SCCI Mian Imran Akbar in his speech highlighted the unique and salient features of the wide range of Sialkot based small and medium entrepreneurs (SMEs) which had not only been providing employment to hundreds of thousands of the locals and also earning valuable foreign exchange for the national exchequer.

He also mentioned about a number of public welfare projects accomplished in Sialkot by the SCCI. Dr Maryam in her speech thanked the German government for extending a helping hand to the affectees of the recent floods in Pakistan. 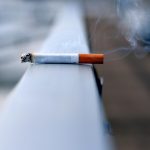 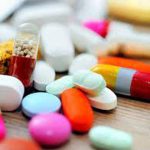 ISLAMABAD: The Security and Exchange Commission of Pakistan (SECP) on Friday held its first in a series of ‘Design Thinking Workshops for Limited Liability Partnerships […]

MOSCOW : Ukraine Infrastructure Ministry said that 12 vessels had departed from Ukrainian ports on Monday as part of the Black Sea Grain deal Initiative. On […]