Gold: Prices eased below $1,790 an ounce on Thursday, slipping further from one-month highs, weighed down by profit taking and hawkish remarks from Federal Reserve policymakers.

The metal jumped initially on Wednesday and hit its highest in a month after the release of lower-than-expected US inflation numbers for July, before reversing towards the close after Fed officials signaled resolve in raising interest rates aggressively to convincingly tame inflation.

Minneapolis Fed President Neel Kashkari said that he expects the central bank to raise its policy rate to 3.9% by year-end and to 4.4% by end of 2023,

while Chicago Fed President Charles Evans indicated that US rates will top out at 4% next year. While gold is widely considered as a hedge against inflation and economic uncertainty, higher interest rates raise the opportunity cost of holding non-yielding bullion. 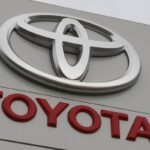 Gold Rate Internationally  were muted around $1,670 an ounce on Tuesday, remaining sideways for the second session as investors avoided making big bets ahead of […]