Gold Prices Internationally And Domestically In Pakistan On DEC 16, 2022

Gold steadied around $1,780 an ounce on Friday, but was still on course to end the week lower as the US Federal Reserve offered a more hawkish outlook on its policy than markets anticipated.

On Tuesday, the Fed delivered a smaller half percentage point rate hike, though it projected a terminal rate of 5.1% next year, higher than previously indicated.

The European Central Bank followed suit on Thursday, raising its policy rate by 50 basis points and signaling more increases in an effort to bring inflation down to sustainable levels. Monetary authorities in the UK.

Switzerland, Norway and Philippines tightened policy further this week as well. While gold is considered as a hedge against inflation and economic uncertainty, higher interest rates raise the opportunity cost of holding non-yielding bullion, denting its appeal

Here is the detailed table of gold rates in Pakistan today for 16th December 2022. 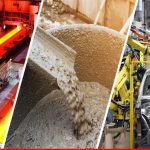 ISLAMABAD: The Pakistan Planning Commission has initiated a comprehensive study on the future development scenario building for Pakistan titled “Pakistan Outlook 2035”. The initiative, which will assess […]