Gold held its recent decline to around $1,770 an ounce on Tuesday, facing renewed pressure from a buoyant dollar after better-than-expected US services activity data suggested the Federal Reserve could raise interest rates for longer to cool demand.

The November ISM Services data, along with the solid November jobs report released last week, pointed to a resilient economy and bolstered the case for further monetary tightening in the US.

Still, the market is expecting the Fed to deliver a more moderate 50 basis point rate hike at its December meeting following four straight 75 basis point increases, though questions on how long the central bank will need to tighten remain.

While also In Pakistan Gold Prices As Per Sarafah Bazaar Association 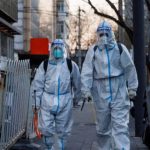 Next Article Palm Oil Trade Below 3970 Ringgit, Pressured By Strengthened in the Ringgit

With the dissolution of the Punjab Assembly looking imminent after CM Parvez Elahi’s advice to Governor Baligh Ur Rehman seeking to dissolve the provincial assembly, […]