ISLAMABAD: Today an increase of Rs2350 in price of 24 karats of gold per tola, the gold prices reached to all time high at Rs169,650 on Monday compared to its sale at Rs167,300 on during last trading day.

The price of gold in the international market decreased by US$3 and was traded at US$1,794 against its sale at US$1,797 the previous day, the association reported.

while internationally Gold fell below $1,790 an ounce on Monday, snapping a four-day advance as the dollar gained on stronger-than-expected US producer price data, while investors prepare for US consumer price data and the Federal Reserve’s interest rate decision this week.

The US CPI report on Tuesday will be the last major data before the Fed announces its policy decision on Wednesday. The US central bank is widely expected to deliver a smaller 50 basis point rate hike this week, though the likely peak for rates remain highly uncertain as inflationary pressures stay elevated.

Investors also turned cautious as other major central banks including the European Central Bank, the Bank of England and the Swiss National Bank are set to decide on monetary policy this week as well.

Gold is highly sensitive to the rates outlook as higher interest rates raise the opportunity cost of holding non-yielding bullion and dent its appeal, and vice versa. 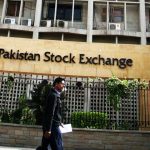 Next Article Crude Oil Racks Up Higher on China Demand