Gold prices weakened past $1,730 an ounce on Monday, hitting the lowest levels in a month, as US Federal Reserve Chair Jerome Powell delivered a stern commitment to combat inflation with higher interest rates in a policy speech at the Jackson Hole conference late last week.

Over the weekend, European Central Bank policymakers also made the case for a more aggressive response against surging inflation, and are reportedly discussing a bigger 75 basis point rate hike in September.

While gold is widely considered as a hedge against inflation and economic uncertainties, higher interest rates raise the opportunity cost of holding non-yielding bullion, denting its appeal. 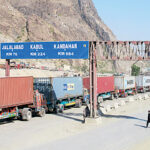 Palm oil may retest support at 4,177 ringgit due to higher productioin