Gold: prices weakened to a three-week low past $1,760 an ounce on Friday and were on track to end the week sharply lower, weighed down by the US Federal Reserve’s commitment to keep raising interest rates to bring down inflation.

The US central bank’s hawkish stance has pushed up the dollar to a one-month high against major rivals, making gold more expensive for buyers holding other currencies.

In the latest Fed commentary, St. Louis Fed Bank President James Bullard said he is considering support for a third straight 75-basis point rate hike in September and said he is not ready to say the economy has seen the worst of the inflation surge. 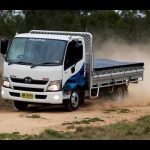 Gold Prices Internationally And Domestically In Pakistan on DEC 20 , 2022

Gold held below $1,800 an ounce on Tuesday, remaining under pressure from expectations that the US Federal Reserve will continue raising interest rates well into […]