Google, TikTok, and Facebook to initiate Operations in Pakistan 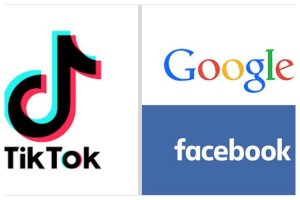 Pakitsan Muslim League (PML-N) Senator Afnan Ullah recently give voice to the media. He disclose that a Google delegation is coming to Pakistan on December 11.

The senator further said the government will extend the scope of Google services in Pakistan.

The search engine giant wants to start its operations in Pakistan.

Adding that the platform will provide 15,000 scholarships to Pakistani citizens after starting operations in Pakistan.

Google had applied in May to start operations inside Pakistan and all documents were cleared from SECP last week.
We expect to hear more details from Google following December 11.

Moreover, the IT Minister, Syed Aminul Haq, said that talks with people from TikTok were over. In the next few weeks, the company will open an office in Islamabad.

Facebook will also open an office in Pakistan, but this is old news since the plan has been in the works for a while.

The IT Park project aims to become a gateway for innovation in Pakistan and hopes to be complete by 2026, costing approximately Rs42 billion.

During the launch ceremony, Haque said that after completion, the project will employ over 20,000 IT professionals, promote business opportunities and boost the economy.

The project, titled “Establishment of IT Park, Karachi”, was approved by the Executive Committee of the National Economic Council (ECNEC), in its meeting held on June 4, 2021, at a capital cost of Rs41.39 billion ($186.658 million), including a Rs35.13 billion ($158.416 million) loan from the Korean Exim Bank and a local share of Rs6.25 billion ($28.242 million) from the Public Sector Development Programme (PSDP), said the minister

ISLAMABAD: Minister of State for Finance and Revenue, Dr. Aisha Ghous Pasha here on Tuesday reiterated the firm dedication of the government in undertaking the […]

UKRAINE :The State Food and Consumer Service of Ukraine on unharvested areas of sunflower Crop, rains and high air humidity contributed to the defeat of […]