ISLAMABAD: The National Assembly on Wednesday was informed that the government had allocated huge funds to provide subsidized seeds to farmers in the flood-affected areas of the country.

Responding to a question, Parliamentary Secretary on National Food Security and Research Ahmad Raza Maneka said the Federal Government had sought the cooperation of provinces in facilitating the farmers with subsidized seeds.

The meeting chaired by Minister for Planning and Development Ahsan Iqbal was informed that around four million acres of cultivatable area have been affected by flood across the country.

The Rabi crop, especially the cultivation of wheat and the measures regarding the supply of subsidy-based seeds were reviewed in the meeting. 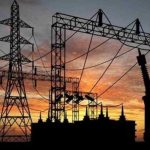 KARACHI:Two consignments of wheat imported by Trading Corporation of Pakistan (TCP) have arrived in Pakistan for domestic consumption. The country is facing a wheat shortage […]