ISLAMABAD: The Govt on Wednesday decided to increase prices of essential commodities by up to 63% at the utility stores to reduce subsidy by Rs15 billion in the remaining period of current fiscal year, but protected the poorest 400,000 consumers from the surge in rates.

The decision was made in a meeting chaired by Finance Minister Ishaq Dar. “It will now go through the regular approval process before implementation from November 16,” revealed a meeting participant.

Govt had been decided to reduce the monthly Commodities subsidy at the Utility Stores Corporation (USC) from Rs3.6 billion to Rs1.65 billion, a reduction of 54%, said another official who attended the meeting. “This will result in a subsidy reduction of Rs2 billion per month,” he added.

However, the decision will not apply to the poorest 400,000 consumers, who are getting subsidised goods at the utility stores. Their per-head monthly purchase quota has also been protected.

The Ministry of Industries had proposed three options that required Rs32 billion to Rs44 billion in annual subsidy to continue the concession on five essential goods under the prime minister’s relief package during the current fiscal year.

The government has allocated a subsidy of only Rs17 billion in the budget. Despite the 54% reduction, the Ministry of Finance will have to give a supplementary grant of Rs16 billion, including clearing the backlog.

Pakistan has obtained two loans totalling $2 billion from the Asian Infrastructure Investment Bank (AIIB) and the Asian Development Bank (ADB) for meeting expenses to absorb the exogenous shocks. Only $78 million, or Rs17 billion, has been kept for subsidising the essential goods.

However, the exporters, despite performing poorly, have been given a subsidy of Rs100 billion, though only Rs20 billion has been allocated in the budget.

Inflation in Pakistan has soared to 26.6% while in rural areas the reading is high at 29.5%, according to the Pakistan Bureau of Statistics. The constant double-digit inflation has increased the cost of living, with many people facing a choice between running their kitchens or sending children to schools.

The government is currently providing wheat flour at Rs40 per kg through these outlets by providing a subsidy of Rs52 per kg. It has been decided that the existing rate will remain unchanged for the poorest 400,000 consumers.

However, for the majority of consumers, the wheat flour price has been increased by Rs25 per kg, or 63%. Subject to the final go-ahead, the new price of wheat flour will be Rs65 per kg, still lower by Rs45 than the open market rates.

Sugar is being sold for Rs70 per kg at the utility stores with a subsidy of Rs21 and this price will remain unchanged for the protected poorest consumers. However, it has been decided that the unprotected ones will pay Rs80 per kg, higher by Rs10, or 14%.

Similarly, cooking oil and ghee are being sold for Rs300 per kg, with a subsidy of Rs114. For the unprotected consumers, it has been decided to either reduce the subsidy by Rs74 or Rs89 per kg, depending on final decision of the prime minister.

This will require an increase of 23% to 30% in the ghee price, which is already hitting the roof. The new price could be in the range of Rs374 to Rs389 per kg, according to the officials.

An official of the industries ministry said that the existing untargeted subsidy required Rs3.6 billion every month and a total package of over Rs44 billion. However, after the fresh decision, the annual subsidy cost will come down to slightly over Rs28.5 billion.

At present, the government is providing a maximum of 40kg wheat flour per month to every household at the utility stores through the Computerised National Identity Card (CNIC). 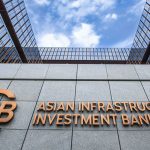 Next Article Pakistan To get 500 $ mln from Asian Investment Bank

ISLAMABAD: Pakistan  pharmaceutical  Export goods has witnessed an increase of 14.72 percent during the first two months of financial year (2022-23) as compared to the […]