ISLAMABAD: Ministry of Housing and Works Secretary Iftikhar Ali Shallwani has said that the government is planning to provide low-cost houses units to the low-income people and an upcoming exhibition will help make positive progress towards this goal.

He made the remarks in a meeting with a delegation of the Islamabad Chamber of Commerce and Industry (ICCI), led by its President Ahsan Zafar Bakhtawari, where arrangements for the first International Housing Expo were discussed and finalised.

The event will most likely take place on December 8-11, 2022 at the Convention Centre, Islamabad. Shallwani announced that Prime Minister Shehbaz Sharif would inaugurate the expo as he was keen to promote affordable housing in Pakistan.

“The expo will help attract local and foreign investment and revive economic activities in the country,” he said, adding that all major national and international property developers, builders and real estate enterprises would be invited to display their projects.

He was hopeful that collaboration between the housing ministry and the ICCI would be helpful in making the exhibition a landmark event.

Speaking on the occasion, ICCI President Ahsan Zafar Bakhtawari said that the housing and construction sector was giving a push to the business of over 50 allied industries and the low-cost houses  expo would spur activities in the construction and all associated sectors.

“It will generate scores of employment opportunities and improve the economy,” he said.

Highlighting that many investors were interested in the construction of high-rise buildings in Islamabad, Bakhtawari urged the Capital Development Authority (CDA) to amend its building bylaws to encourage vertical construction in the capital.

He believed that the move would offer the best solution to the plan of providing affordable housing units in the federal capital as well as across the country.

In addition to that, he urged the Federal Board of Revenue (FBR) to announce an extension of at least one year for the ongoing construction projects under the previous government’s amnesty scheme for their smooth completion. 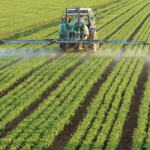 ISLAMABAD: Federal Minister for Finance and Revenue, Shaukat Tarin said Friday that sugar production was likely to increase by 2 million tons this year from […]