ISLAMABAD: Federal Minister for Finance Ishaq Dar Friday announced significant reduction of up to Rs12.63 per litre in petrol prices to pass on the benefit of decreasing crude rates in the international market also (OGRA) has reduced the price of Liquefied Petroleum Gas ( LPG ) up to Rs10.32 per kilogram

Addressing his maiden press conference, Dar also announced that the Federal Board of Revenue (FBR) has achieved the revenue collection targets for September as well as first quarter of current fiscal year, and announced a one-month extension in the deadline for filing of income tax returns.

Sales tax has been maintained at zero while Petroleum Levy will be Rs 32.42 on petrol, Rs12.58 on high speed diesel, Rs 15 on Kerosene and Rs10 on light diesel.

The new prices would be effective from October 1, 2022.

Dar also announced that Federal Board of Revenue (FBR) has collected net revenue of Rs. 685 billion during the month of September against the target of Rs. 684 billion which is 27 % higher than the collection of September last year.

Further, the target of the first quarter of the current financial year has also been surpassed by achieving Rs.1635 billion against the target of Rs. 1609 billion and the growth is more than 17 percent for the quarter.

FBR has collected Rs. 27 billion in excess of the target, he added.

While aLso The Oil and Gas Regulatory Authority (OGRA) has reduced the price of Liquefied Petroleum Gas ( LPG ) up to Rs10.32 per kilogram, ARY News reported on Friday.

The OGRA issued a notification regarding the reduction of LPG price up to Rs10.32 per kilogram. 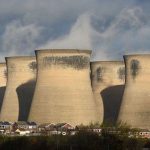 ISLAMABAD: The Pakistan recently-announced package for agriculture sector and subsidy for concessional electricity for export-oriented sectors prompted will Serious reservations against the the International Monetary […]