KARACHI:In a bid to facilitate the business community, the federal government has decided that it will waive off Karachi Port Trust (KPT) and Port Qasim charges completely for containers stranded at the ports, said Faisal Subzwari, Federal Minister for Maritime Affairs, on Monday.

“The government has decided to waive off 100% charges of KPT and Port Qasim on the thousands of containers that remain stranded at the ports,” said Subzwari, adding that the Ministry of Maritime Affairs will issue a notification regarding it today, while the business community has been informed as well.

Talking to media persons in Karachi, the federal minister, while sitting alongside the business community, said that businesses have suffered due to the current situation.

Subzwari refuted reports suggesting that shipping lines are going to close their operations in Pakistan. “No shipping company is going to shut its business in Pakistan,” he said.

“For clarity sake, nothing of this sort would happen. Secondly, we have had talks with the shipping lines and have asked them to facilitate our businesses,” he said.

“Soon, the Trade Corporation of Pakistan (TCP) would be given a status of an off-dock terminal, and all stranded containers will be shifted there, which will eliminate our port congestion and issues of the shipping lines and terminal operators,” said the minister.

He added that Pakistan International Container Terminal (PICT), which has a 20-acre off-dock terminal, will provide these facilities to the business community for free.

Earlier on Monday, the State Bank of Pakistan withdrew the requirement of prior approval of imports and instead asked banks to prioritise the import of certain essential items like food, pharmaceutical and energy, in order to facilitate businesses.

“SBP has advised banks to provide a one-time facilitation to all those importers who could either extend their payment terms to 180 days (or beyond) or arrange funds from abroad to settle their pending import payments.

It added that until March 31, 2023, banks have been advised to process and release documents of shipments/ goods that have already arrived at a port in Pakistan or have been shipped on or before January 18, 2023.

The SBP also wants customers to inform their banks prior to the initiation of any import transaction to “avoid any complications in the future.”

Low levels of foreign exchange reserves was the reason behind the SBP placing restrictions on imports last year, much to the dismay of several importers and businesses in Pakistan that cited these curbs as the reason behind shutting down or scaling back operations. 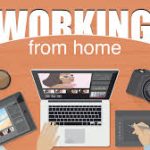 Previous Article To Get Work From Home Best Opportunities

UNITED NATIONS: Pakistan, speaking on behalf of the “Group of 77” (developing countries) and China, has called for global solidarity to address the interlinked challenges […]

ISLAMABAD: : Some 27 – CPEC projects worth of $19 billion have so far been completed under the China Pakistan Economic Corridor (CPEC) while 63 […]

KARACHI: As agricultural goods export to China grows, stakeholders have urged the government to help farmers improve their capacity and remove the logistics and […]

KARACHI:Pakistan’s central bank has injected slightly over Rs2 trillion into commercial banks for a longer period of up to 70 days to help the […]