He said this in a called on meeting with Chairman/Director Vitol, Christopher Bake along with CEO Hascol Aqeel Khan. Minister of State for Petroleum Musadik Masood Malik, SAPM on Finance Tariq Bajwa , Secretary Finance and senior officers attended the meeting, said a press release issued here.

The Chairman Vitol briefed the finance minister about the operational nature of Vitol, business profile and their contribution in economic development of Pakistan. It was shared that Vitol has long-standing business relations with Pakistan and desires to promote this relationship deeper.

The delegation also gave various proposals for expanding their business activities in Pakistan.
Christopher Bake also apprised the finance minister of certain issues being faced by them.

In friendly environment business Ishaq Dar acknowledged and appreciated the contribution of Vitol and added that the present government welcomes foreign direct investment and provides conducive environment to the foreign investors.

The finance minister also highlighted the economic outlook of the country and shared that with the far-sighted and pragmatic policies of the present government, the economy of Pakistan was progressing.

Ishaq Dar welcomed their suggestions for expanding their business portfolio in Pakistan and further assured the delegation of full support and cooperation and said that their issues would be resolved by the government at the earliest.

The delegation thanked the finance minister for his cooperation and support. 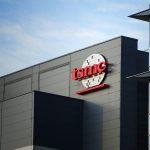 Previous Article Taiwan Co. Planning To bringing a Computer Chips that Appraise 90 % of the World