MOSCOW: The United States, together with its Group of Seven (G7) and allies, will impose a ban
on Russian oil transportation  on December 5, and a ban on petroleum products on February 5, the US
Treasury Department said.

According to the Treasury, of ban on Russian oil the measures will not affect countries or companies that are alreadybuying Russian oil at or below the planned price cap.

G7 finance ministers confirmed on September 2 their intention to impose price caps on Russian oil as part of expanded sanctions campaign against the country due to its special operation in Ukraine. Moscow, in turn, pledged to stop exporting Russian oil to the states that would apply the limits.

While Internationally Crude Oil Price steadied around $83.5 per barrel on Friday, but were still headed for the second straightweekly drop on a weakening demand outlook driven by central banks’ aggressive monetary tightening and top importer China’s Covid-19 curbs.

The US benchmark is down about 4% so far this week, sliding at one point to near eight-month lows. The European Central Bank delivered a historic 75 basis point rate hike on Thursday.Crude Oil Price 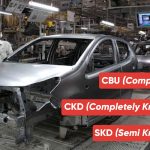