Soyabean Update :The La Niña-induced drought in Argentina and southern Brazil continues to reduce soybean and corn yield potential, so weather remains the main driver of price increases. However, in the near future in these regions, as well as in the US winter wheat growing zone, it will rain, which will slightly reduce pressure on quotes.

Argentina will experience hot weather for 7-10 days with intermittent showers, but the rainfall will not be enough to improve the condition of soybean and corn crops, so it will continue to deteriorate. Local experts believe that dry weather could lead to a “food disaster”, as happened in 2018, if precipitation does not increase in the second half of February.

The US Midwest and Southwest Plains will see showers and snow next week, replenishing winter crops with above-normal temperatures. The northwestern regions of the US are still experiencing drought and rainfall levels remain low there. 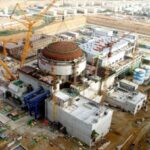 SINGAPORE: Palm oil may test a support at 3,796 ringgit per tonne, a break below which could open the way towards 3,693 ringgit. The contract […]