KARACHI:As part of Islamabad Policy Research Institute’s Grand National Dialogue on the state of economy in Pakistan, a roundtable moot was held at the Karachi School of Business and Leadership where the experts opined that the external imbalance was a result of a range of issues owing to high-level of dependence on imports and a plummeting export sector.

This was the third episode of the dialogue, meant to discuss the external imbalances of Pakistan’s economy, its gravity, and its impact on the people under he title “External Imbalances of Pakistan: Causes, Consequences and Remedies”, a news release said.

With a distinguished panel of experts, it was threadbare deliberated as to how the rise in fuel prices and plunging exports, coupled with a remarkable drop in remittances, was leading the economy to a nosedive mode.

The scope of brain-storming was to identify the factors responsible for trade deficit in Pakistan; barriers on the path of soliciting foreign direct investments (FDIs); and last but not the least as to how to tackle with a soaring current accounts deficit.

An earnest effort was also made to look into the external imbalances on economic growth, a battering rupee against the greenback, and ways to redress them.

It was pointed out that the reason for this slump is an inadequate export structure characterized by relatively low value-added commodities.

Likewise, swelling import bills have strained the government’s budget, as well as investors’ confidence in the economy, it was noted.

Envoy Dr. Raza Muhammad of IPRI remarked that foreign direct investment (FDIs) can play a major role in overcoming the current account deficit. “One reason behind economic growth of Asian Tigers has been greater influx of FDI,” he noted, by adding that business-friendly environment should be harnessed to facilitate both domestic and foreign investments.

Dr. S Akbar Zaidi observed that one of the solutions to Pakistan’s economic problems was to indulge in trade with India.

Hussain Dawood said that without focusing on human development, economy could not progress. “But unfortunately, we are the lowest on Human Development indicators in the region; and one of the biggest problems is disunity as a result of which we don’t have a direction,” he elucidated.

Aadil Nakhoda said, “The biggest challenge we are facing is on the productivity side. “Lower productivity affects our manufacturing sector and consequently exports. As a result, we end up being less competitive.”

Nakhoda said, “We need to participate in global supply chains. Rising East Asian economies are focusing on finished goods, while we are stuck with exports of raw goods.

Our current policies favour large exporters by providing them handouts and subsidies. This doesn’t incentivize them to add value to the goods they are exporting. Thus, our exports majorly comprise low-valued goods,” he illustrated. 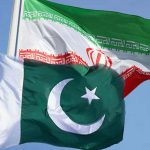