ISLAMABAD: The International Monetary Fund (IMF) has sympathized with Pakistan for the losses caused by the recent floods across the country and assured of fund’s support.

The assurance was made by IMF’s Director of the Middle East and Central Asia Department Jihad Azour in his meeting with Federal Minister for Finance and Revenue Mohammad Ishaq Dar.

They also discussed the implementation of the IMF programme ,according to press statement received here Saturday.

Meanwhile, the finance minister also met with United Kingdom’s Minister of State for Foreign, Commonwealth and Development Office (FCDO), Ms. Vicky Ford and thanked her government for financial support and assistance to meet the challenges posed by floods.

He also appreciated the trade concessions afforded to Pakistan and other developing countries under the Developing Countries Trading Scheme (DCTS).

The round table was attended by all major bilateral and multilateral development partners and donors.

Initial findings of Pakistan’s post-disaster need assessment jointly prepared by the World Bank, Asian Development Bank, UNDP, European Union and the government of Pakistan were presented in the round table.

In his concluding remarks, Finance Minister emphasized the need to provide adequate support to Pakistan to meet the challenges of recovery and rehabilitation.

The minister had another meeting with Chief Executive Officer Saudi Fund for Development (SFD), Sultan Abdul Rehman Al Murshid during which he conveyed Pakistan’s deep gratitude for the support provided by Saudi Arab to Pakistan at all times and welcomed the forthcoming visit of SFD team to Pakistan.

Other issues of mutual interest were also, discussed, the statement added 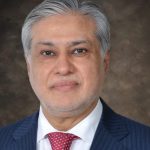 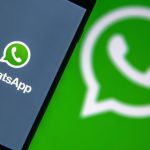 Gold Prices Internationally And Domestically In Pakistan on DEC 22, 2022

Gold held above $1,810 an ounce on Thursday, hovering near its highest levels in six months, benefiting mainly from recent dollar weakness following a surprise […]

KARACHI: Finance Minister Ishaq Dar has warned of stern action against the hoarders and smugglers of US dollar as well as manipulators for keeping the […]