Indonesia will require palm oil exporters to obtain permits for their shipments and ask producers to declare how much palm oil they plan to sell domestically, senior officials said on Tuesday, amid efforts to control soaring cooking oil prices.

The world’s biggest producer and exporter of palm oil has been trying to bring down domestic cooking oil prices that have climbed about 40% from a year earlier, in line with high global palm oil prices.

He insisted the government is not banning exports of the vegetable oil, but authorities need to have a full record of exports to gauge the domestic supply.

It comes at a time when Indonesia is already in the global spotlight over a coal export ban imposed on Jan. 1, as it tries to shore up supplies for its power plants and press local miners to meet domestic market obligations.

Exporters are currently only required to do customs declarations Wisnu added that producers who fail to conduct self-declaration on how much palm oil they are supplying locally in the next six months will not be given export papers, adding that the government will not impose a minimum requirement for domestic supply.

The single price policy for cooking oil – at 14,000 rupiah ($0.9766) a litre – will take effect from Wednesday, Lutfi said, adding that it will only be available for household needs and small businesses.

The government will provide 7.6 trillion rupiah ($530.17 million) in subsidies for 250 million litres of cooking oil every month for six months to maintain this price point, it said.

That was more than double the 3.6 trillion rupiah subsidy allocation the government announced on Jan. 5. The ministry said the subsidy will be funded from a levy on palm oil exports. 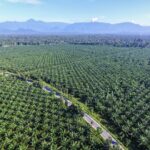