CHICAGO:  Internationally corn futures fell to $6.7 per bushel in early November, the lowest in over one month, amid signs of strong supply.

Supply expectations also jumped after Russia announced it will resume participation in the UN-brokered deal that guarantees the safe passage of grain exports out of Ukrainian Black Sea ports.

The move reversed Moscow’s decision to withdraw from the agreement at the end of October due to security concerns, easing worries about global food shortages.

Besides permitting shipments, the resumption of trade enables Ukraine to free up important storage space in silos as the harvest for the 2022/23 marketing year is underway.

While US stock futures tracking the broader market were up roughly 0.5% on Tuesday, putting Wall Street on track to extend its rally as investors awaited the outcome of the midterm elections.

Recent data suggest Republicans gained ground in polls, and markets anticipate a slipt government, with the GOP likely to win the House and possibly the Senate, thus placing a check on the Democratic policy agenda.

Aside from politics, all eyes are on October CPI data, due on Thursday, for hints on how much further the Federal Reserve may tighten financial conditions as it seeks to cool an overheating economy. 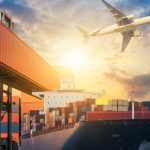 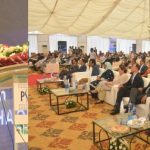 KARACHI: The process of getting rid of pulses that have been stuck at the port has started, which should prevent a shortage of the product […]

ISLAMABAD: The prices of various food items went down during the week ending on March 3 as compared to the previous week, according to the […]