WTI crude futures rose above $85 per barrel on Monday after briefly dipping below $83 in the previous session, as rising geopolitical tensions stoked fears of supply disruptions, while OPEC+ continued to struggle to raise output. US president Joe Biden was reportedly considering deploying several thousand US troops to NATO allies in Eastern Europe and the Baltics. Also U.S. State Department ordering  To diplomats’ family members to leave Ukraine,

Because It pose a major risk for the oil markets.As war between Russia and Ukraine would most likely rise natural gas prices dramatically, and oil will be indirectly affected by the gas-to-oil switch in the power generation, while  Analyist Said   “Direct impact on oil production facilities in Siberia is highly unlikely.”

More overOn these geopolitical tensions., if the political and security situation in major oil producers like Kazakhstan and Libya worsens then oil prices could quickly head northwards.

Oil supplies also remain vulnerable to escalating tensions between Saudi Arabia and Iran in the Middle East following a drone attack by Yemen’s Iran-aligned Houthi group on the UAE.

AlsoOil is witnessing strong demand despite soaring COVID cases globally amid signs that the omicron variant is not as big a setback to fuel demand as initially feared.Air travel, while still well below pre-pandemic levels, has largely withstood the omicron wave so far, pushing up demand for jet fuel in Europe. Diesel prices are also getting a boost from demand for heating oils amid soaring natural gas prices, transportation and industrial fuels.

Also a senior UK minister also said that Russia will face severe economic sanctions if it installs a puppet regime in Ukraine. Elsewhere, the UAE defense ministry said it destroyed two Houthi ballistic missiles targeting the Gulf country on Monday with no casualties. Meanwhile, the International Energy Agency said last week that the OPEC+ missed its production targets by 790,000 bpd in December as members like West African producers Nigeria and Angola struggled to raise output. The US crude benchmark has gained about 14% since the start of the year as strong demand and supply constraints significantly tightened the market. 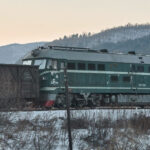 WTI Crude Oil rose above $75 per barrel on Monday, snapping a two-day decline as Chinese authorities vowed to boost consumption at a key […]