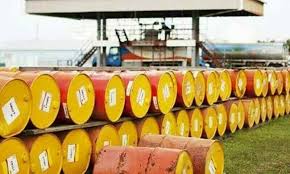 KARACHI: In a bid to avert any shortage of ghee/cooking oil in Ramazan, the Ministry of Industries (MoI) and the State Bank of Pakistan (SBP) on Monday agreed to remove bottlenecks for speedy clearance of 385,000 tonnes of palm oil stuck at customs bonded warehouses due to non-retiring of documents.

Edible oil industry sources claimed that an understanding has been reached between the SBP and MoI during a Zoom meeting for the opening of new letters of credit (LCs) by the banks to keep the edible oil industry running and ensure stability in prices.

Pakistan Vanaspati Manufacturers Association (PVMA) claimed that banks were not retiring the documents and opening LCs. As a result, prices of palm oil crawled up to Rs14,000 per maund from Rs13,000 last week while mills are also running out of palm oil stocks.

The palm oil shipments take at least 45-60 days to reach Karachi Port while Ramazan is starting in the third week of March when demand for ghee/cooking oil peaks. The industry needs to open LCs for future imports to meet the rising demand.

Earlier the MoI had sought documentary proof from the PVMA that commercial banks are turning down the requests for retiring documents and opening LCs despite State Bank’s Dec 27, 2022 decision to prioritise edible oil imports.

The ministry had also sought company-wise details of LCs from the PVMA which were not opened or retired by the banks besides elaborating banks’ names to the ministry.

Korangi Association of Trade and Industry (KATI) President Faraz-ur-Rehman expressed concerns over the containers being stuck at the ports despite the permission of the SBP to release the containers of Chapters 84, 85 and 87 goods from Jan 2.

He said an immediate solution to the problem should be found because if a businessman is fined $15,000 as against the worth of $10,000 per container then the business would destroy and lead to an inflationary trend in commodity prices.

Meanwhile, Salt Manufacturers Association of Pakistan (SMAP) chairman Ismail Suttur said the industry was running out of its key ingredient to process iodized salt as the imported cargo of potassium iodate is being held at Karachi port for the past 15 days incurring heavy demurrage daily.

Household consumption of Iodized salt in Pakistan is over 70pc. Masses would be deprived of the basic nutrient if the country goes dry on iodized salt, he added. 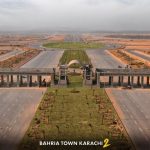