The idea of “national security” depends upon the idea of “economic security”, and without economic self-reliance and independence, national sovereignty and dignity come under pressure, says the National Security Committee (NSC), 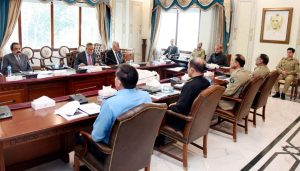 which called for concrete steps to shore up the economy of Pakistan.

The second session of the 40th meeting of the NSC met on Monday under the chair of Prime Minister Shehbaz Sharif, with high-level civil and military officials attending the huddle, including the Chairman Joint Chiefs of Staff Committee, three service chiefs and heads of intelligence agencies. Interestingly, it was the second meeting of the NSC in less than a week, as the last NSC huddle had come on Friday.

During the meeting, a comprehensive review of the ongoing economic situation, as a result of which the lower and middle-class sections are facing challenges, was undertaken.

A statement issued by the Prime Minister’s Office after the meeting stated that Finance Minister Ishaq Dar briefed the Committee on the government’s road map for economic stability, which includes discussions with international financial institutions and exploration of other economic sources based on mutual interest.
The meeting agreed that a “consensus” should be reached on the road map and rapid economic recovery after consultation with all the stakeholders.

“The committee agreed on concrete measures to strengthen the economy, including balancing imports and tackling illegal currency transfers abroad,” the statement read.

The meeting decided that “special focus” would be given to increasing agricultural production and the manufacturing sector to ensure food security, import substitution, and employment opportunities. It decided that economic policies based on public interest and welfare would be the “first priority”, the fruits of which would benefit common people.

“Terrorism will be tackled with the full force of the state. State rule will be ensured on every inch of Pakistan’s land,” the NSC pledged.

During the meeting, PM Shehbaz emphasized that according to the National Action Plan (NAP) and the National Internal Security Policy, the federal and provincial governments will lead the fight against terrorism.

The armed forces vowed to provide a “solid deterrence” in ensuring a conducive and safe environment for the social and economic development of the people of Pakistan.

“Provincial apex committees are being restored while the capacity of law enforcement and counter-terrorism agencies will be brought up to the required standards,” the meeting further decided. 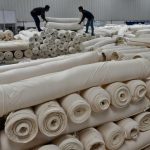 KARACHI: Pakistan Yarn Merchants Association (PYMA) has informed the Governor State Bank of Pakistan, Jameel Ahmed, of the serious situation arising from the obstacles in […]

Pakistan to enhance business in IT sector exports

KARACHI: Pakistan Software Houses Association (P@SHA) has called on the government to enhance the ease of doing business in the country to increase the much-touted […]