The Federation of Pakistan Chambers of Commerce and Industry (FPCCI) President, Irfan Iqbal Sheikh received the Petroleum Minister, Musaddik Malik, who visited the Federation House and consulted a large gathering of local LPG producers, and commercial and industrial users of gas.

Addressing the gathering, the FPCCI president said “LPG is the fuel of the masses and it can play a decisive role in solving gas shortages in the country – provided the LPG Policy 2022-23 incorporates the feedback of the industry”.

Union of Small and Medium Enterprises (UNISAME) President, Zulfikar Thaver said, “The industry, including SME units, require uninterrupted energy and LPG can provide that. The energy cost has to be affordable, otherwise it will adversely affect the cost of production.”

“If there is a policy, it will definitely provide for regular supplies at affordable rates. Therefore, it would be wise if a comprehensive policy is framed for the benefit of the consumers,” suggested Thaver suggested.

The FPCCI president demanded that “importers and domestic producers of LPG be treated at par. Under the current practice, Oil and Gas Regulatory Authority (OGRA) only takes into account indigenous LPG for price setting, which, as a matter of fact, accounts for less than 50% of the total LPG consumed in Pakistan. Additionally, the sale of locally-produced LPG among marketing companies should be allowed as well, as it is allowed in the case of imported LPG.”

He expressed his concern saying, “Domestic producers of LPG are being subjected to 17% sales tax, while importers pay only 10%. Additionally, local producers are also paying petroleum development levy (PDL) while importers are exempt from PDL. The government must ensure a level-playing field and encourage fair competition in the LPG sector.”

Korangi Association of Trade and Industry (KATI) President, Farazur Rehman said that “LPG is an important source of energy to run the economy. Therefore, the government should suspend taxes and duties to support the industry until we have a cheaper alternative”.

“This phenomenon shows that our exports are declining instead of registering aggressive growth to curtail the trade deficit. The current account deficit should not be more than $10-12 billion this year as we don’t have fiscal space to manage anything more than that and we have made commitments to the International Monetary Fund (IMF), World Bank, Asian Development Bank (ADB) and other international financial institutions to limit our CAD in the proximity of $10 billion,” he explained. 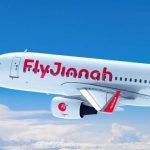 KARACHI: Finance Minister Ishaq Dar has warned of stern action against the hoarders and smugglers of US dollar as well as manipulators for keeping the […]

Market News (B-Trams) : The Russia side is suspending the “grocery” (“grain”) deal starting from Saturday and for an indefinite period, the Russian Foreign Ministry […]