WTI crude futures hovered around $88 per barrel on Wednesday after rising more than 1% to $89.6 early in the session, and remaining close to 2014 levels, as investors digest the supply outlook.

OPEC+ agreed to increase oil production by 4000,000 bps in March, in line with market forecasts, but traders start to bet the group will be unable to meet its own production targets once again. In January, crude output was raised by 210,000 additional barrels per day only instead of the 400,000 bpd that the group agreed to.

Meanwhile, Iran is ready to return to the oil market as quickly as possible, the Iranian Oil Minister Javad Owji said. In the US, EIA data showed US crude stocks fell for the first time in 3 weeks in late January, with stocks at Cushing Oklahoma also falling while gasoline inventories were up. 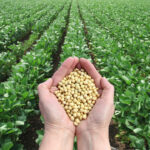 Palm Oil Picking Up Due To Lingering Concern Of Lower Supply

Malaysian Palm Oil: Palm were above MYR 6400 per tonne, not far from the one-month high of MYR 6520 touched on April 15th amid lingering […]