WTI crude futures traded around $87 a barrel on Monday, remaining close to levels not seen since 2014 and US gasoline futures extended a rally beyond $2.5 per gallon at the end of January are on track to book a more than 17% gain for the January month, the strongest since February 2021, amid robust demand, tight supply and falling inventories.

The geopolitical tensions in Eastern Europe and the Middle East are raising worries of supply disruptions and commercial oil and fuel stocks in OECD countries are at their lowest levels in seven years, according to the IEA.

While US President Joe Biden said he would consider imposing sanctions on his counterpart Vladimir Putin if Russia invades Ukraine, while Yemen’s Houthi movement launched Monday a missile attack on a United Arab Emirates base.

Moreover, OPEC+ is set to stick with a planned 400,000 bpd production increase for March when it meets this week but the group has failed to meet output targets as some members struggled with capacity constraints.

Meanwhile, the weekly US inventory reports from both the Energy Information Administration and the American Petroleum Institute showed gasoline inventories rose for a fourth consecutive period last week. 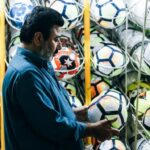 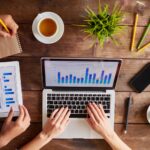 Next Article Pakistan IT Freelancers Exports Has Been Increased By 16.74%

WTI crude oil prices fell below $79 per barrel on Thursday, extending losses from the previous session as disappointing US data fanned recession fears, while […]

Market News (B-Trams) : As Traders are awaitng For MPOB data which looks Picking Up Production level and Slow demand, But by external Support Palm […]

Brent Crude : futures jumped more than 10% in the past two sessions to $108.7 a barrel, as lingering concerns over supplies fueled the bullish […]