KARACHI: The State Bank of Pakistan (SBP) on Tuesday said the overseas Pakistani workers sent home total remittances of $ 2.4 billion during the month of September.

“In terms of growth, during this month (September 2022) the remittances decreased by 10.5 percent on month-on-month basis and by 12.3 percent on year-on-year basis,” an SBP press release said.

With cumulative inflow of $ 7.7 billion during July-September 2022, the remittances decreased by 6.3 percent as compared to the same period last year, it added. 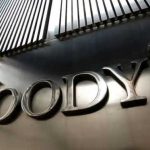 Steel Prices In The Country Rose All-Time High , As Shortage Of Raw Material By Not Opening LCs

KARACHI: The prices of steel rebars rose to an all-time level of Rs 235,000 per metric ton due to shortage of raw material. All leading […]