CPEC NEWS: Pakistan may seek a multibillion-dollar financing window from China to fund 10,000 megawatts solar-powered electricity generation projects, as it is also set to make a new pitch for further expansion of the China-Pakistan Economic Corridor (CPEC) during Prime Minister Shehbaz Sharif’s visit.

PM Shehbaz Sharif chaired a meeting on Wednesday to review and finalise the agenda for his maiden visit to Beijing, expected on November 1st. Pakistan has a long list of projects, including billions of dollars’ worth new schemes that it wants China to finance. These include a tripartite agreement between China, Pakistan and Saudi Arabia to set up an oil refinery in Gwadar.

The government is planning to setup 10,000 MW solar power plants with an estimated value of $5 billion. “We are keen to get up to $2 billion Chinese financing and will pitch a generalised framework agreement for signing during the PM’s visit,” said an official of the energy ministry.

The request for Chinese financing for the solar power plants will depend upon the outcome of planned international competitive bidding for the plants and its endorsement by the Joint Cooperation Committee (JCC) of the CPEC meeting. The 11th session of the JCC is also tentatively scheduled for October 27th, according to officials.

Signing of the tripartite cooperation agreement to set up an oil refinery and petrochemical complex in Gwadar has also been proposed for the PM’s visit. According to officials privy to these discussions, Saudi’s Aramco has shown an interest in giving the contracts to Chinese companies for the refinery deal.

Separately, China’s East Sea Group has also offered to establish a five million tonnes capacity oil refinery in Gwadar’s Free Zone with an investment of $3.6 billion. This development may also be included in the agenda for further discussions during the PM’s visit, said the officials.

The non-payments of dues by the Chinese Independent Power Plants (IPP), amounting to around Rs240 billion, and the opening of a dedicated bank account to save them from circular debt in the future are the two key stumbling blocks in the way of new Chinese investment.

In connection to this, the Economic Coordination Committee of the cabinet is expected to approve a bank account for CPEC with around Rs100 billion before the PM’s visit in an attempt to remove the bottleneck.

In case the outstanding issues of the power sector are resolved, Pakistan will seek Chinese help to expedite work on the $1.6 billion Azad Patan hydropower project and the $2.5 billion Kohala hydropower project. The financial closure of the $3 billion 1,320 MW Thar Block-I project will also be achieved.

Pitching the Advanced Metering Infrastructure project for Chinese financing is also on the table, as Pakistan eyes an investment of $1.25 billion to address the issue of high distribution losses and low recovery of bills.

China will also be asked to finance a new transmission line between Hub and Gwadar for smooth supply. At the same time, however, the government is keen to shift the proposed 300MW Gwadar power plant to local Thar coal.

The government has also discussed the signing of two MoUs to conduct feasibility studies on the construction of the Babusar Top tunnel and the rehabilitation of the Karachi-Hyderabad Motorway. Financing requests for the Sagu-Zhob Road project and Mansehra-Muzaffarabad Road project have also been proposed for the JCC and PM’s visit.

Pakistan is also considering proposing the signing of a framework agreement for the construction of the Thakot-Raikot section of the Karakoram Highway.

The Ministry of Industries had proposed setting up a Special Economic Zone on the land of Pakistan Steel Mills (PSM), but Sindh Chief Minister Syed Murad Ali Shah had objected saying his province was not taken into confidence. As a result, PM Sharif directed the planning minister to take the province on board as the government also wants to sign a government-to-government framework agreement to set up the requisite SEZ on the PSM’s land during the visit.

With regards to the IT sector, it is hoped that Pakistan and China sign a framework strategic cooperation agreement on the production of semiconductors.

During the PM’s visit, Pakistan will also seek new loans and rescheduling of its debt, however, the government has yet to finalise the package. According to officials from the Ministry of Commerce, seeking increased market access for Pakistani products is also part of the PM’s agenda. 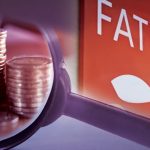 Previous Article What will Pakistan’s withdrawal from the FATF gray list mean? 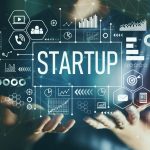