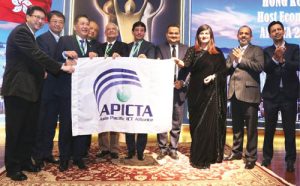 The 21st Asia Pacific ICT Alliance (APICTA) Award concluded on a high note highlighting the potential of Pakistan’s Information Technology (IT) industry, talent, startup eco-system, and its scope of exports to the new markets.

The 5-day event concluded after a series of activities including the presentation of products, judging sessions, business matchmaking, startup sessions, and cultural shows.
Overall, the winners have been conferred awards in 25 categories each including a winner and two merit awards.

On the occasion, Minister for IT and Telecommunications Syed Aminul Haque was the Chief Guest on the occasion. He said he was delighted to see the success of the event.

“Pakistan has been privileged to host APICTA Awards for the first time in history which has been possible due to the unwavering commitment of the ministry and untiring efforts of the local IT companies under the umbrella of Pakistan Software Houses Association (P@SHA). We ensured that the start of the event happens from the Prime Minister’s house to give it the right mileage and coverage for a strong impact,” he said.

Aminul Haq further elaborated on how hosting over 160 delegates was an ambitious task, and how all stakeholders including the ministry and its associated departments; Tech Destination Pakistan, Ignite, APICTA and P@SHA, accomplished a tremendous job to record history in the country.

Chairman APICTA, Stan Singh said, “Most of the foreign delegates visited Pakistan for the first time and they have now become ambassadors of Pakistan for promoting its soft image in their economies.” He added that the spirit of APICTA is to promote collaboration, partnership, business activities, and knowledge exchange among economies, to ultimately uplift the standard of the IT industry in the region. 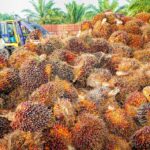 Next Article Palm Oil Prices Racks Up from 2-Month Low

ISLAMABAD:Federal Minister for Industries and Production Syed Murtaza Mahmood has underlined that exports of Pakistan marble sector trading should be enhanced 10 times as current […]

Indus Motor Company : The maker of Toyota-brand vehicles in Pakistan, has announced that it is suspending bookings of all its vehicles in the country. […]