ISLAMABAD: Federal Minister for Commerce Syed Naveed Qamar on Monday said that the Preferential Trade Agreement (PTA) between Pakistan and Uzbekistan would be implemented from February 1, 2023.

Today, during the visit of Deputy Prime Minister/Minister of Investment and Foreign Trade Khodjaev Jamshid Abdukhakimovich, a Memorandum of Understanding (MoU) for the implementation of the bilateral agreement was also signed.

Qamar said that after the implementation of PTA and other trade agreements between the two countries, “there is a possibility of increasing the bilateral trade to $1 billion.”

He said that similarly Transit Trade Agreements between the two countries would also be implemented from January 1 2023.

“Negotiations are taking place for agreements on transit trade with other Central Asian states”, the minister said.

He said that a joint strategy was proposed for the transport of goods to Pakistan, Uzbekistan and Afghanistan along with transit trade.

Along with this, the issues of trilateral trade transit among Pakistan, Uzbekistan and Afghanistan will be resolved through a joint forum.

He further said that Uzbekistan had asked for the facility of warehouses in Karachi and Gwadar in that regard.

Qamar said that it was decided that Pakistan would support Uzbekistan’s membership in the World Trade Organization (WTO).

The minster said that for regional trade integration, mutual agreements with all Central Asian countries, including Uzbekistan, Tajikistan and Kazakhstan and Azerbaijan would be implanted through the integrated approach.

The two sides will exchange views on further strengthening bilateral cooperation in a wide range of areas and a number of bilateral agreements and Memoranda of Understanding are expected to be signed. 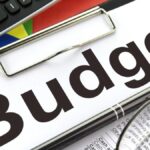 Next Article Pakistan’s Defence Budget Of Rs2.2 Trillion Spent On Interest Of defence

ISLAMABAD: The 10-year GSP (Generalised System of Preferences) Plus scheme of the European Union, under which Pakistani  get duty-free export scheme  access for textiles, clothing […]