Pakistan Banks to get punishment for over charging on LCs ; Pasha

ISLAMABAD: Pakistan Ministery of State for Finance Dr. Ayesha Ghous Pasha wowed on Friday to give exemplary punishment to the commercial banks who were over charging on Letter of Credits (LCs) payments.

Briefing the Senate Standing Committee on Finance and Revenue the minister of state said that the banks responsible for over charging would be fined heavily so that they should avoid such actions in future.

The meeting of the committee was held under the chairmanship of Senator Saleem Mandviwalla.
Governor State (Bank of Pakistan State Bank of Pakistan ) Jameel Ahmed said that when the commercial banks faced shortage of dollars they started charging extra dollars on payments of LCs .He said that the Central Bank had thoroughly investigated the matter.

Senator Kamil Ali Agha enquired whether the businessmen who were over charged would get back their money.
The governor SBP said that they would not get their money back but action would be taken against the banks involved in the matter.

Senator Faisal Raheem proposed to cancel the license of the concerned banks.
The Governor State Bank Pakistan said that for 80% LCs, the banks don’t need our permission while permission for 20% of LCs was obligatory. He said that the payments of LCs of up to $100,000 would start this month.

He said that these were local based and engaged in contract-based employment adding that they were paid from the special fund of Customs.
The Chairman highlighted that around 15 employees of them misused their powers and on the report of the agencies, we have dismissed 15 employees.

Senator Kamran Murtaza asked FBR to provide relevant documents in this regards next meeting.
The Chairman FBR also explain the committee on containers stuck at Port-Qasim due to custom.
He said that around 2800 containers are stranded at Port Qasim due to various issues including unopened LCs and import ban.

He said that 100% surcharge has been imposed on some containers resultant the peoples do not want to take out containers by paying surcharge.
Governor SBP said that more than 500 containers have been cleared and gradually this problem will be solved. 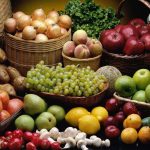 Next Article Pakistan SPI inflation up 0.74 pc of food items