BEIJING: Pakistan export to China crossed US$2.57 billion in the first nine months of this year, up 2 percent year on year, shows the official data from the General Administration of Customs of the People’s Republic of China (GACC).

Ghulam Qadir, Commercial Counsellor at Pakistan Embassy in China, told China Economic Net (CEN) that Pakistan’s exports to China are increasing every month on a yearly basis and the Pakistani government is working hard to increase export to China and reduce the trade deficit to enhance bilateral trade.

“We are working with the Chinese partners to shift some of the strategic and priority sectors and manufacturing facilities to Pakistan. Our main target is to produce products in Pakistan and export to the world”, he stated.

Overall, from January to September 2022, China’s imports and exports from Pakistan counted US$ 20.19 billion up 3% year on year while in the same period of 2021 it was US$19.60 billion, whereas in the month of September Pakistan’s exports to China decreased by 29 percent year-on-year, due to heavy monsoon caused floods and COVID-19 which destroyed many sectors including agriculture, infrastructure, and industry.

According to a Pakistani expert, the trade potential volume between Pakistan and China in all sectors is always great and the business community can take benefit from it.

He said recent floods have devastated Pakistan’s economy because 33 million people have been affected and the agriculture sector has faced losses, adding that but still there is a space for increasing trade activity because China is the second largest economy in the world and a major trading partner of Pakistan. 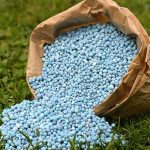 ISLAMABAD:Minister of State for Finance Aisha Ghaus Pasha on Wednesday said the current account deficit had reached $17 billion in the last financial year. “The […]