Pakistan Forex reserves deplete even further to $5.8b

KARACHI: The foreign exchange reserves held by the central bank fell by 4.8% on a week-on-week basis, according to data released by the State Bank of Pakistan (SBP) on Thursday.

Local research houses have said the reserves have hit their lowest level since April 2014, meaning they have depleted to an eight-year and nine-month low since then – hardly enough to facilitate five-weeks’ worth of imports for the country compared to the minimum requirement of a three-month cover.

The country is facing an economic crisis with a shortage of US dollars in the local market and a delay in the resumption of the IMF loan programme.

Earlier, elaborating on the wide gap of Rs30-35 in the value of the rupee in interbank and black currency market at around Rs255-260, Finance Minister Ishaq Dar said that the smuggling of foreign currency, wheat and fertiliser have been weighing on the rupee-dollar parity. 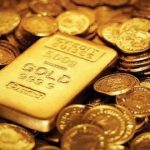 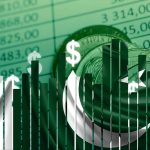