LAHORE:  The government was taking steps on priority basis to provide maximum facilities to the auto industry for enhancing its production.

National Assembly Standing Committee on Industry and Production Chairman Sajid Hussain Turi During the visit, at Atlas Honda production units on Thursday said the record increase in the production of motorcycles was a good omen for industrial revolution in the country.

Earlier, Honda Atlas management briefed the Standing Committee members about production and manufacturing of the Honda motorcycles and spare parts.

During their visit, the Standing Committee members also visited Atlas Honda production units and expressed their satisfaction over the quality of work. 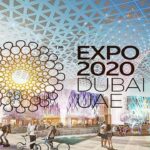 KARACHI: Once knocked down by nationalisation, the automotive tapestry of Pakistan grew vibrantly in the first decade of the 21st century. Although the picture may […]

ISLAMABAD: Google has opened a liaison office in Pakistan and registered with the Securities Exchange Commission of Pakistan (SECP). A spokesman for SECP stated […]