ISLAMABAD: The government has given a hefty amount of over Rs70 billion in subsidy by providing liquefied natural gas ( LNG ) at discounted rates to two fertilizer plants over the past few years.

However, it does not seem to have made any difference in the lives of farmers, who continue to bear higher prices of urea fertiliser.

According to sources, the government started supplying LNG at lower-than-market prices to Fatima Fertilizer and Agritech Limited in 2018 and it has continued to date. During the period from early 2018 to September 2022, a subsidy of Rs70.4 billion was doled out to the fertiliser plants on the supply of imported LNG.

Despite the subsidy, the prices of urea, a vital input for planting crops, have gone up as fertiliser manufacturers follow a uniform price policy. In 2018, a 50kg bag of urea cost Rs1,500, but the price has now surged above Rs2,300.

The government has recently given an extension in the discounted LNG supply, which will add to the subsidy bill.

It was revealed in a recent meeting of the Economic Coordination Committee (ECC) of the cabinet.

While considering the urea requirement of Pakistan, the Ministry of Industries and Production in 2018 sought the ECC’s approval for the supply of subsidised re-gasified LNG to Fatima Fertiliser and Agritech Limited. The government picked the gas tariff differential as a subsidy earmarked in the annual budget.

The provision of subsidised LNG has been extended from time to time with the ECC’s approval depending on urea stocks in the country, as assessed by the Ministry of Industries.

Earlier, the ECC, while considering a summary submitted by the Ministry of Industries, decided that the Petroleum Division might be directed to ensure the provision of locally produced gas to two urea plants running on Sui Northern Gas Pipelines Limited’s (SNGPL) network by March 31, 2022.

It would lead to the saving of funds, which would be utilised on LNG supply to both plants and would ensure their continuous operation throughout the year, it said.

In the last financial year, the government bore a subsidy of Rs33 billion. For the current year, Rs15 billion has been budgeted on the demand of Ministry of Industries for the supply of subsidised LNG to the fertilizer plants.

However, the allocated amount is insufficient when seen in the context of pending claims of Rs24 billion for the period June to October 2022. Apart from that, November’s subsidy claims are estimated at Rs5.2 billion.

The ECC meeting was informed that according to a latest tender for the import of 300,000 tons of urea, received by the Ministry of Industries, the price was quoted at $520 per ton (Rs5,980 per bag) whereas the local urea price in the country stood at $187 per ton (Rs2,150 per bag).

The combined urea production capacity of the two plants is 70,000 tons per month, which indicates a foreign exchange impact of the import of 70,000 tons at current international prices at $36 million per month besides a subsidy of around Rs6.20 billion per month on the supply of imported urea to farmers.

Keeping in view the situation and the expiry of deadline for subsidised LNG as per the ECC’s decision, the Petroleum Division submitted proposals for consideration of the economic decision-making body. 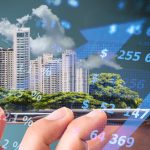 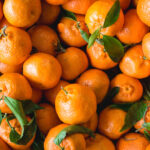 COPPER: futures rose above $3.50 per pound on Friday on technical buying, but were still set to snap a two-week rally after facing pressure throughout […]