Islamabad: Pakistan on Saturday requested China to rollover its $6.3 billion loan that is maturing in next eight months as part of its overall plan to arrange $34 billion in the current fiscal year to meet its debt and external trade-related obligations.

Another proposal was also under consideration to seek a fresh Chinese loan to repay the maturing bilateral debt during the fiscal year 2022-23, ending on June 30.

The issue of rollover and refinancing of nearly $6.3 billion commercial loans and the central bank debt was discussed in a meeting between Chinese Ambassador to Pakistan Nong Rong and Finance Minister Mohammad Ishaq Dar.

The $3.3 billion Chinese commercial loans and three $3 billion worth SAFE deposits loans were maturing from now till June next year, according to the Ministry of Finance officials.

The SAFE deposit is on the balance sheet of the central bank. In addition to this, over $900 million bilateral Chinese debt was becoming due during the current fiscal year.

For the current fiscal year, the International Monetary Fund and the Ministry of Finance have estimated Pakistan’s gross external financing requirements in the range of $32 billion to $34 billion, excluding the impact of the recent devastating floods.

Pakistan has already obtained $2.2 billion loan during July-September quarter while Saudi Arabia has also announced to rollover $3 billion debt maturing in December this year. The country still needs to arrange $29 billion and it is looking for minimum $6.3 billion to $7.2 billion rollovers from China in addition to any fresh lending.

Sources said that this time the government was seeking rollover of the $3 billion SAFE deposit for more than one year, preferably for three to five years. China has extended a total $4 billion in SAFE deposits and out of this $1 billion has already been rolled over in July this year.

Prime Minister Shehbaz Sharif is visiting Beijing on November 1 with a long list of new projects and requests to rollover the existing debt, considering sanctioning of new debt and preferential trade treatment for certain exportable goods.

Pakistan is under pressure from the western institutions and the governments to seek rollover of China loan , currently standing at $26.7 billion including public and publicly guaranteed debt.

Chinese commercial loan cannot be rolled over but can be refinanced, which requires the government to first pay the maturing debt and then get it back. This consumes significant time, which in turn puts pressure on the foreign exchange reserves until the transaction is not reversed.

“The Finance Minister also appreciated the support extended by the Chinese leadership for flood relief and refinancing of syndicate facilities of RMB 15 billion (US$ 2.24 billion) to Pakistan”, according to a statement issued by the Ministry of Finance after the meeting.

The statement suggests that both the sides discussed the issue of the commercial loans refinancing.

The finance minister further highlighted the economic challenges and policies of the present government with the aim to bring about economic and fiscal stability, the finance ministry stated.

Sources said that both sides also discussed the issue of outstanding Chinese dues on account of payments to the Chinese Independent Power Producers for the cost of the electricity purchase.

Pakistan is expected to solve the lingering issue of opening a bank account to save the Chinese companies from the vicious cycle of circular debt before the PM’s visit.

The proposed visit of PM Shehbaz to China was also discussed in the meeting and both sides hoped that it would enhance bilateral relations between both the countries, the finance ministry said.

Dar assured his full support for the successful implementation of CPEC projects, according to the statement.

Rong reaffirmed the Chinese government’s continued support to Pakistan and thanked Islamabad for facilitating Chinese companies in various projects in Pakistan, it added.

He also assured full support and cooperation of the Chinese Government in developing Special Economic Zones as part of CPEC.

The issue of changing the design and scope of a much-delayed 300 megawatts Gwadar imported coal-fired power plant also came under discussion. Pakistan wants to shelve the plan due to the high cost of imported fuel and its preference for local resources.

The China Communications Construction Group (CCCG) had planned to set up the plant at a cost of $542 million. But diplomatic sources said that the Chinese government was not keen to either change the fuel to LNG or use Thar coal due its high cost.

Pakistan cannot make any unilateral change in the project and will have to place its decision before the JCC for endorsement, which makes strategic planning for CPEC 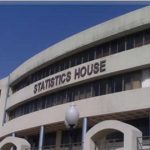 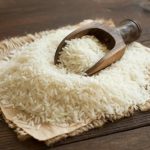 Next Article Climate disaster, How would Pakistan Rice exporters get advantage ?

ANKARA: Pakistan and Turkey on Wednesday signed various bilateral agreements and memorandums of understanding (MOUs) for enhanced cooperation in diverse areas of mutual interest, including trade, […]

Malaysia:This  floodwater following heavy rain over the past two days. Seven states in Malaysia were hit by floods on Sunday and thousands of people were […]

ISLAMABAD: The government has requested the World Bank (WB) for restructuring “Pakistan Financial Inclusion and Infrastructure Project” to complete the national payment system activities and […]