ISLAMABAD:Indonesian Deputy Minister for trade and export development, Bapak Didi Sumedi has said that the Free Trade Agreement (FTA) between Pakistan and Indonesia cannot be ruled out, which will increase the volume of bilateral trade on both sides.

After signing the Proposed FTA between the two countries, there is a possibility that the current bilateral trade volume will go from the current $4 billion to $10 billion per year, Indonesian Deputy Minister for trade and export development, Bapak Didi Sumedi told APP in Jakarta (Indonesia).

The Minister said that the two countries already have a Preferential Trade Agreement (PTA) which will further strengthen bilateral trade after the finalization of the proposed FTA.

After the finalization of the FTA between Pakistan and Indonesia, it will help both the countries to strengthen bilateral economic and trade relations with the Association of South East Asian Nations (ASEAN) countries.

He said the 37th Indonesia Convention Exhibition provides opportunities for businessmen and investors from foreign countries including local Indonesian businessmen to free trade and invest in the Indonesian market.

The Minister said this exhibition is successfully held every year in Jakarta, Indonesia, and this year also around thousand of local exporters and traders and around 100 traders and industrialists from different countries of the world set up stalls in the exhibition.

Bapak Didi Sumedi said that as an annual promotional agenda, Trade Expo Indonesia 2022 will feature exhibitions, business forum, business counseling, and business matching with a focus on selected industries such as manufacturing, fashion and accessories, healthcare and beauty, medical equipment, furniture and home decorations, digital, and services, as well as food and beverage.

He said that there is a lot of potential for the improvement of economic and trade relations between Pakistan and Indonesia.

He said that bilateral trade between Pakistan and Indonesia is not in line with the potential which needs to be further increased.

Meanwhile, Indonesia’s Deputy Minister for Creative Economy and Investment Odo R. M. Manuhutu said that the Indonesian government is currently focusing on the growth and development of Small and Medium Enterprises (SMEs).

He said that at present there are 12,50 million small and medium-scale industries in Indonesia, in which there is room for further development and we are fully supporting them.

Odo said that for the promotion of local manufacturing, “we are introducing local brands in which tourism, sports, and health are important sectors.

He said that in the present era, data gathering and sector research are very important for the development of any economy.

He said that “we are working to introduce Indonesian products under the make-in-Indonesia approach, for which the search for markets is very important.” He said that currently 61% of employment in Indonesia is related to the SME sector and we want to open 87 million new jobs in this sector including e-commerce in the next ten years.

On the occasion the Indonesian Deputy Minister for Tourism and Economic Creativity, Ni Made Ayu Marthini said that this exhibition held in Indonesia is very important for the development of the tourism sector.

Replying to a question, she said that in terms of the population of Indonesia and Pakistan, the market consisting of 500 million people can open new ways of cooperation in all economic sectors including tourism and free trade in both countries.

The minister said that there is a need to understand the mutual markets and different economic sectors in both countries, which could open new avenues for mutual economic cooperation.

Marthini said that the government is following a regular plan to promote tourism in Indonesia, in which major changes are brought in the tourism sector by implementing short, medium, and long-term projects.

She said that Bali is an important place in Indonesia for tourism, but there are many beautiful places like this in Indonesia, where our government is committed to providing modern facilities in the tourism sector.

She said that the Indonesian government is working on a two-prong strategy to promote tourism, in which domestic tourists who belong to Indonesia.

She further said that apart from this, our government is working to provide modern facilities for foreign tourists.

Marthini said that our basic culture has a very important place in Indonesia’s modern economic development and economic reforms, and modern tools will be used to improve this culture.

She said that the economic creative method has a very important role in the tourism and trade sector and the country’s economy will gain stability only through innovation in the tourism sector.

Bali is a big name in world tourism, but the Indonesian government is continuing to work to equip 10 new tourist places with modern facilities, she added.

Ayu Marthini said that apart from this, “we are also working on 50 such villages where international tourists can be attracted and from here the culture and civilization of Indonesia can be made known to the world. 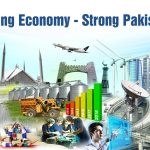 ISLAMABAD: Pakistan urgently needs a wider tax base through documentation and by netting millions of identified non-filers and tax evaders to pocket hefty pilfer-aged revenue […]

ISLAMABAD: After implementing the PRIDE system, which automated the listing process for debt and equity issues, Pakistan Stock Exchange (PSX) has gone live with Public […]

KARACHI:In a bid to facilitate the business community, the federal government has decided that it will waive off Karachi Port Trust (KPT) and Port Qasim […]