ISLAMABAD:Federal Minister for Industries and Production Syed Murtaza Mahmood has underlined that exports of Pakistan marble sector trading should be enhanced 10 times as current export shipments of $37 million are much lower than the actual potential that must increase to at least $370 million.

He made the statement on Thursday while speaking at an awareness seminar for development of the marble and granite sector , organized by the Islamabad Chamber of Commerce and Industry (ICCI) in collaboration with the Pakistan Stones Development Company.

He emphasized that the government would make all-out efforts to provide best possible support in Pakistan for the marble sector Export  trading so that it could grow better and play a more effective role in economic development of the country.

He asked the sector to focus on better marketing and promotion of its products to ramp up trade and exports.

Speaking on the occasion, Federal Ministry of Housing and Works Secretary Iftikhar Ali Shallwani said that Pakistan was mostly exporting raw marble and there was a need that the sector should focus on value addition and branding of its products to improve exports.

He stressed that the promotion of brands was important to compete in the international arena.

ICCI President Muhammad Shakeel Munir stated that Pakistan had huge potential to increase exports of marble and granite products, however, the government was not providing any support.

“Over 200,000 marble units are working in the country and the government should facilitate the sector by introducing modern technology and machinery for value addition to the products,” he said.

A large number of ICCI members and foreign envoys including Khazar Farhadov, Dean of Diplomatic Corps and Ambassador of Azerbaijan, Mohamed Karmoune, Dean of African Corps and Ambassador of Morocco, Indonesian Ambasssador Adam M Tugio, Kyrgyzstan ambassador, Kazakhstan’s deputy head of mission and officials of Turkish and UAE embassies were present at the seminar. 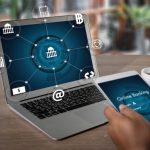 Next Article SBP Encourages Banks to Increase Adoption Of Online Banking by Collaborating with Tech Firms.