ISLAMABAD: The Senate Standing Committee on Finance has cleared the Tax Laws (Second Amendment) Bill, 2022 with some amendments, and tax authorities stated that the government wanted to bring two million retailers into the tax net through simplified single-page tax return.

The finance committee meeting presided over by Senator Saleem Mandviwalla was informed by an official of the Federal Board of Revenue (FBR) that the Tax Laws (Second Amendment) Bill, 2022 is being introduced to continue with the changes made in the Finance Bill through ordinances which would be in the ongoing month.

The committee was also informed that electricity subsidy was also taxed which created problems for distribution companies and consequently, the matter was landed in court. The subsidy provided by federal and provincial governments to electricity, natural gas, re-gasified liquefied gas consumers has never been chargeable under the Tax Act, the meeting was informed.

The FBR chairman said after the subsidy was taxed, distribution companies moved the court against it. Another official said the government intends to bring two million small traders into the tax net with simplified tax return.

The committee has opposed the amendment seeking powers to federal government to bring about new schemes and modification in taxes, except through the money bill.

Similarly, the committee also rejected the Rs390 per kg tax on unmanufactured tobacco; however, it approved the amendment of increase in the rate of federal excise duty (FED) per thousand cigarettes by Rs6,500 and Rs2,050 on tier-1 and tier-2.

The meeting was also informed that there is a proposal to increase FED on cigarettes to Rs6,500 from Rs5,900 on Tier-1 and on Tier-2 to Rs2,050 from Rs1,850. The committee opposed the proposal to restore tax exemption for Kuwait Trading Investment Company after chairman of the committee remarked that the amendments should apply to all foreign companies instead of one company. The committee was informed about the proposal to exempt capital value tax on import of diplomatic, transport and agriculture purposes.

The finance committee has expressed concern over placing tax crimes in the Anti-Money Laundering Act and stated that it was source of harassment for the business community. Mandviwalla expressed concern over inclusion of tax crime in money laundering and stated that even one million tax evasions are being placed under the money laundering. He added that the committee had opposed the inclusion of tax evasion even the legislation was being done.

An official said that the legislation was done by very forum and it is the responsibility of the concerned forum to decide about the proceedings of the crime, adding that this legislation was undertaken in the light of recommendations of the FATF.

He further stated that the money laundering would be through proceeds of crime which falls under the purview of Vienna Convention on Money Laundering. He said that of the 400 cases of FBR, courts had upheld 200 cases and Lahore High Court directed taking strict action regarding tax evasion cases and in this regard directions were from the Islamabad and Balochistan High Courts. 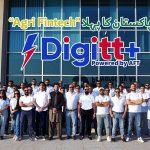 Internationally Gold Prices stabilized near $1,640 an ounce on Tuesday after sliding for three straight sessions, as traders avoided making big bets ahead of a […]

Today currency rate in Pakistan according to international currencies as of 22nd October 2022. The latest prices of USD to PKR, EUR to PKR, GBP […]