PAKISTAN :The imports of soyabean oil into the country during firs-half of current financial year reduced by 4.11%, where as palm oil increased by 65.84% as compared the corresponding period of last year.

During the period from July-December, 2021, about 37,172 metric tons of soyabean oil valuing $46.328 million imported to fulfill the domestic requirements of edible as compared the import of 72,760 metric tons costing $48.313 million of same period last year, according the data of Pakistan Bureau of Statistics. 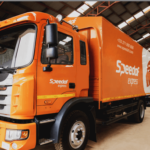 Market News (B-Trams) : As Traders are awaitng For MPOB data which looks Picking Up Production level and Slow demand, But by external Support Palm […]

Crude oil rises due to large drawdown in US crude inventories

crude oil slumps as surge in Large quantity of US Stockpiles

WTI: Crude oil fell below $85 per barrel  after gaining almost 1% in the previous session, as an industry report pointed to a large build […]