WEB DESK September 29, 2022 2 3 min read
ISLAMABAD: A difficult winter is ahead for gas consumers as the energy crisis may worsen due to unavailability of Liquefied Natural Gas (LNG) and Liquefied Petroleum Gas (LPG).

The previous governments had been diverting LNG during the winter season to avert a gas crisis. However, the present government has not been able to make any arrangement for the supply of LNG to consumers in the coming winter season.

Pakistan LNG Limited (PLL) had floated tenders to import LNG but was unable to secure LNG cargoes to address the issue of supply in the winter season.

Recently, PLL floated a tender to arrange 12 LNG cargoes for a year under a six-year arrangement. However, PLL has extended the validity of the bid to attract more bidders to secure better prices for LNG cargoes. The company will now open this bid in October, 2022.

The Pakistan Gas Port Consortium Limited (PGPC) terminal has been dealing with two LNG cargoes every month despite the government having allocated 600 mmcfd gas which corresponds to six LNG cargoes for each month.

In addition, private parties have struggled to utilise the idle capacity of the PGPC LNG terminal.

The previous government had made an effort to remedy this but some lobbies obstructed the plan to allocate the surplus capacity of the LNG terminal.

The incumbent government has not undertaken any serious efforts to allocate the surplus capacity of PGPC LNG terminal to the private sector.

While PLL and PGCL were close to executing a plan for the utilisation of the surplus LNG terminal capacity, the petroleum division suddenly proposed a revision in the plan which created confusion. As a consequence, the terminal operator refused to accept the revised terms.

Officials from the petroleum division stated that there was a shortage of LNG in the global market. After several meetings with LNG players in the global market, it became clear that the current shortfall in LNG supply will continue until 2026 and is likely to impact Pakistan in the coming few years.

At present, Pakistan has long-term LNG supply contracts with both Qatar and Ente Nazionale Idrocarburi (ENI).

Even in the present situation, however, ENI has failed to provide some LNG cargoes in the scheduled contract time. Officials explained that Gazprom had also delayed some LNG cargoes to India due to a shortage of LNG in the global market.

In the past, Shell had also planned to set up an LNG terminal in Pakistan but had to shelve the plan due to policy constraints and bureaucratic hurdles. Similarly, US firm Exonmobil also quit Pakistan due to some policy issues.

The previous government had shut down the Jamshoro Joint Venture Limited (JJVL) LPG plant which resulted in a 15% reduction in indigenous LPG supplies and a coinciding increase in LPG imports.

In the winter season, LPG demand will rise sharply. Consequently, this will raise the price of LPG for consumers and result in making the commodity unaffordable for the poor who use it for daily cooking purposes.

JJVL had also approached Prime Minister Shahbaz Sharif in April this year to resume operations to meet the rising demand for LPG. Despite this, the JJVL plant remains closed. The government and consumers will feel the impact in the upcoming winter season when there will be a shortage of LPG in the country.

Managing the gas supply will be a significant challenge for the incumbent government this coming winter.

JJVL has been producing over 200 metric tons per day to meet the requirement of 750,000 homes. It provided over 5,000 jobs in the supply chain and saves approximately $125 million foreign exchange on an annual basis.

The Oil and Gas Regulatory Authority (Ogra) has also recommended that the government impose uniform taxes on local LPG producers and fuel importers in light of the significant tax differential favouring LPG importers. 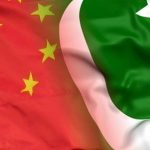